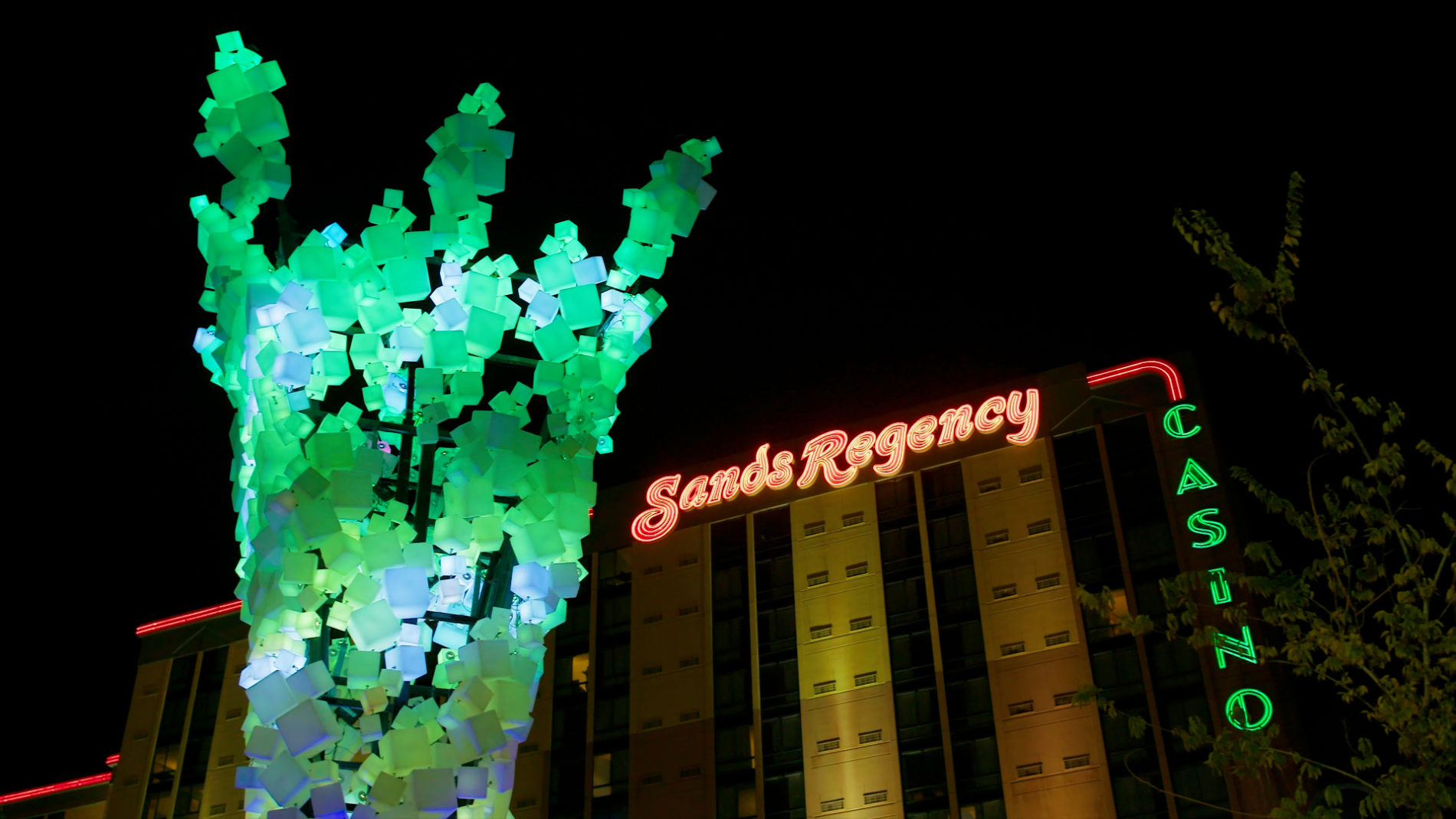 Interested in How Reno’s Neon Line Came to Be?

Here you’ll find a catalog of the past events that have led up to the current stage in the development of Reno’s Neon Line.

Reno, NV – February 1, 2022:  Jacobs Entertainment announced today that it has filed for construction permits with the City of Reno to develop The Glow Plaza Festival Grounds on West 4th Street in the Reno’s Neon Line District.  According to Jonathan Boulware, Regional Vice President of Jacobs Entertainment, “these festival grounds will allow us to expand our vision of The Glow Plaza, creating a very special location for festivals and special events of up to 8,000 visitors”.  Added Mr. Boulware, “The Glow Plaza Festival Grounds will host many free festivals and special events, hosted by Jacobs Entertainment as well as third-party promoters”.  Jacobs Entertainment will host a Taco Festival, as well as a Burning Man Decompression Festival, and a Future Classics event as part of Hot August Nights.  Third-Party promoters will include Street Vibrations, a Blues and Jazz festival,…

The Glow Plaza, Reno’s newest outdoor event space, hosted a ribbon-cutting event this morning in conjunction with an event preview of the 40th Anniversary for The Great Reno Balloon Race. Today marks the beginning of live concerts and other events happening at The Glow Plaza through summer and into the fall.   “As we invite guests back to Reno’s Neon Line District after a long period of social distancing, we’re excited to celebrate the launch of the summer concert series at The Glow Plaza,” said Jeff Jacobs, Chairman and CEO of Jacobs Entertainment. ” The Glow Plaza will become a hub for engaging events and activities throughout the summer.”   Free live concerts are scheduled on Friday and Saturday nights throughout the summer. Events begin at 4 p.m., with concerts starting at 5:30 p.m. Creating a sound based on a fusion of Rock & Roll and Soul, Maxx Cabello Jr will be kicking off the summer concert series on July 9 and 10.   Upcoming events include: July 16-17: Jason King Band July 23-24: Brodie Stewart Band July 30-31: New Wave Crave Band Aug 6-7:…

With the Crest Inn Renovations Complete, Renova Flats is Announced

One of the city’s oldest homes will be relocated this month as part of the company’s commitment to preserving Reno’s historic past.

JEI to Save and Preserve Reno’s Historic Neon Signs

More than half a dozen neon signs from Reno’s historic West 4th St. corridor will be protected and preserved.

In the Wake of Downtown Reno’s Revitalization, JEI is Committed to Cultural Preservation

Jacobs Entertainment, Inc. is in the process of preserving several historic homes along the West 4th St. corridor.

The vision of turning the West 4th St. corridor into a new arts and entertainment district has taken another step forward.