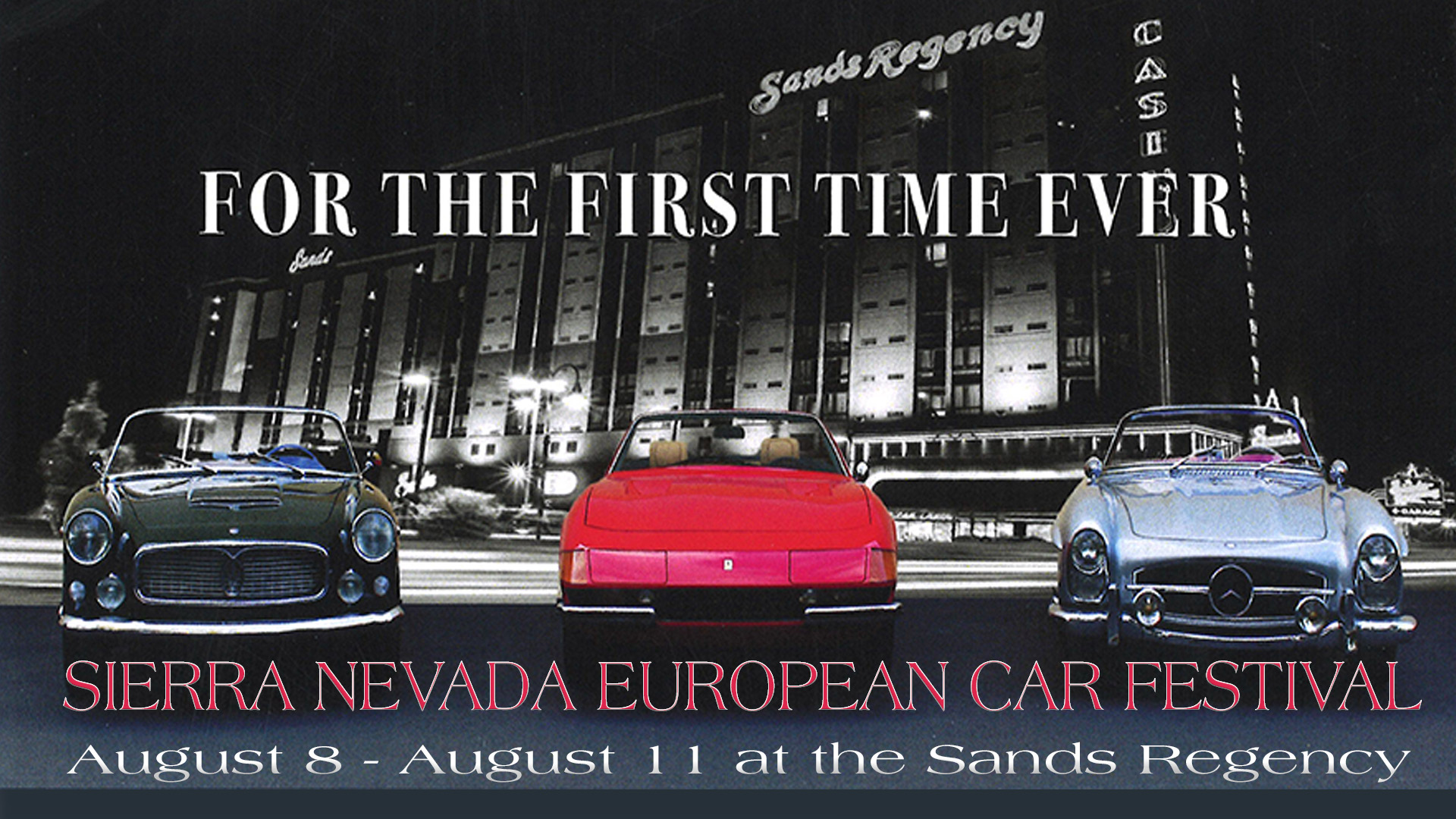 The three-day event (Aug. 9-11) will exclusively feature rare European collectibles from distinguishable manufacturers like Ferrari, Lamborghini, Maserati, and more. The event is open to the public and attendees will be able to enjoy numerous festivities including pop-up restaurants, live music from local entertainment under the North Pavilion, children’s face painting, and more.

Individuals will be able to admire rare vintage collectibles from 1940 to 1979 in a variety of luxury makes and models. Festival food vendors include Liberty Food & Wine Exchange, an artisan eatery known for its hand-crafted dishes; House of Mexica, a plant-based restaurant recreating traditional Mexican plates; and local food trucks like Java Ship and Donut Daddy.

Last month, Jacobs Entertainment Inc. announced plans for the redevelopment of the Fourth Street corridor into Reno’s Neon Line District, which includes plans to revamp the Sands Regency and surrounding area. The Sierra Nevada European Car Festival will be the first large-scale event held in the district since the announcement.

“For the first time, classic collector cars from luxury European manufacturers will be featured at Hot August Nights,” said John O’Mahony, Director of the Sierra Nevada European Car Festival. “We are bringing an elevated experience to visitors and residents alike. It is the ideal kick-off event to bring excitement for the introduction of Reno’s Neon Line District.”

For one day only, the Sands Regency welcomes Tomorrow’s Classics to show-n-shine in the South Parking lot on Saturday, Aug. 10 from 10 a.m. to 8 p.m. Official Hot August Nights participants will showcase the sleek designs of future classics with the latest makes and models. This is the only event at Hot August Nights that showcases vehicles produced in 1980 and after.