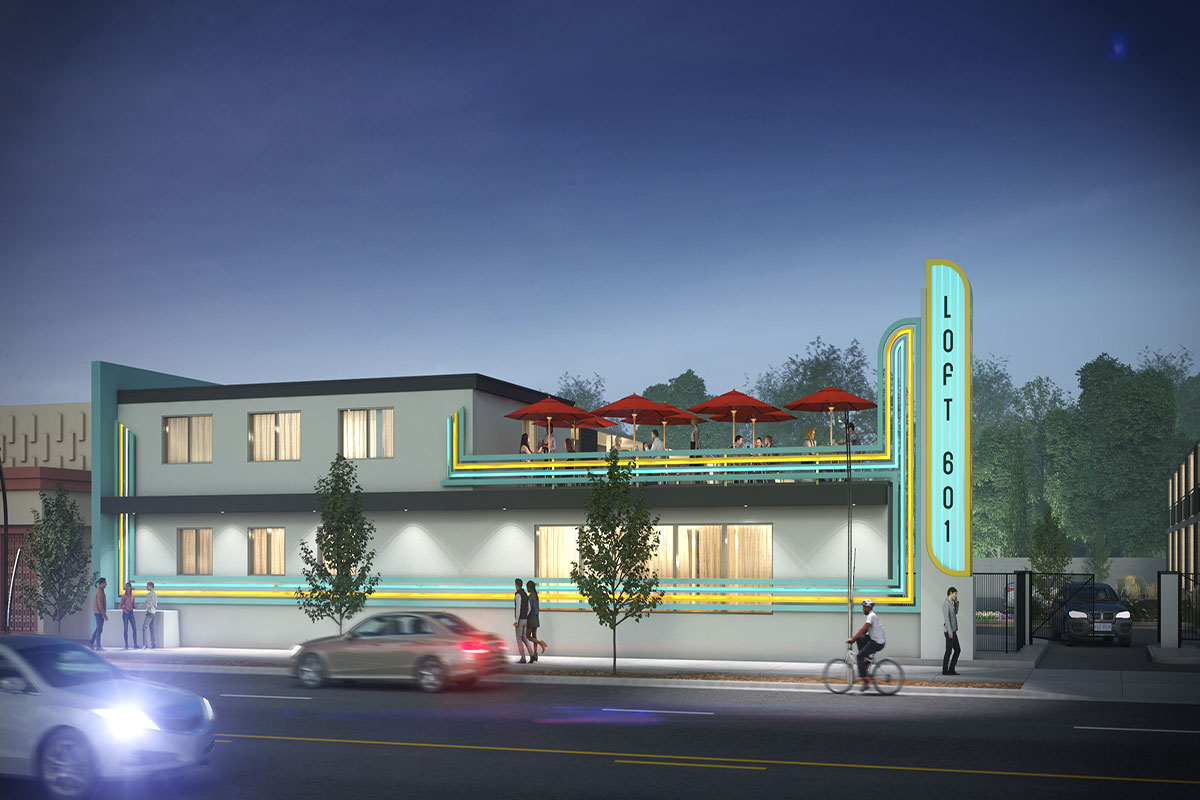 The redevelopment will be completed in the Second Quarter of 2020, with initial tenants scheduled to move in on July 1, 2020. The majority of the units will be studio apartments similar to the units in Jacobs Entertainment’s Renova Flats, also located on West Fourth Street. A new community room and community kitchen will also be created as part of the development.

Existing Courtyard Inn Motel tenants who cannot afford market-rate rents will be given assistance and subsidies in their efforts to relocate. Jacobs Entertainment’s housing managers work with each and every resident in their relocation efforts. Similar to Renova Flats, the new Loft 601 units will include 10 percent senior affordable units, which help in crucial relocation efforts.

“As we continue to move Reno’s Neon Line District towards market-rate housing, we find situations that are barely livable and which must be rectified,” said Jonathan Boulware, Regional Vice President of Jacobs Entertainment. “For example, there are two families in the Courtyard Inn with five to six family members each, living in 300-square-foot rooms. No one should have to live like this, and we are committed to working with the Reno Housing Authority and others in an effort to improve the quality of life of these individuals.”

Boulware adds that under the direction of Jeff Jacobs, Chairman and CEO of Jacobs Entertainment, Inc., the conversion of Reno’s Neon Line District motels will be a true win-win for new residents excited about moving into downtown market-rate apartments as well as current tenants who have been trapped in the rundown motels created 60 to 70 years ago.

Jacobs Entertainment is the owner of Sands Regency and Gold Dust West in Reno, Nevada, as well as other gaming and entertainment properties in Nevada, Colorado, Louisiana, and Ohio.