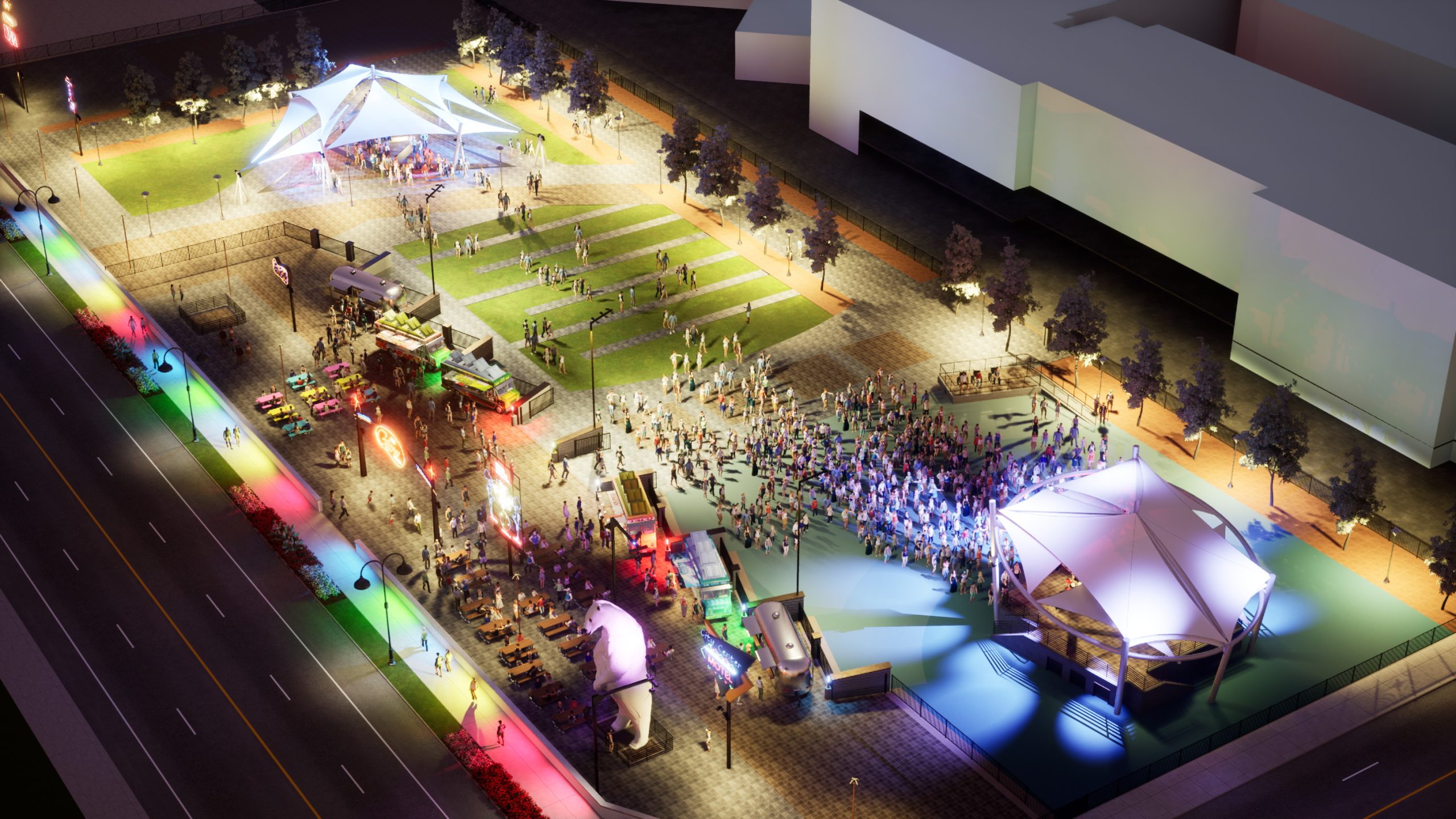 Reno, NV – February 1, 2022:  Jacobs Entertainment announced today that it has filed for construction permits with the City of Reno to develop The Glow Plaza Festival Grounds on West 4th Street in the Reno’s Neon Line District.  According to Jonathan Boulware, Regional Vice President of Jacobs Entertainment, “these festival grounds will allow us to expand our vision of The Glow Plaza, creating a very special location for festivals and special events of up to 8,000 visitors”.  Added Mr. Boulware, “The Glow Plaza Festival Grounds will host many free festivals and special events, hosted by Jacobs Entertainment as well as third-party promoters”.  Jacobs Entertainment will host a Taco Festival, as well as a Burning Man Decompression Festival, and a Future Classics event as part of Hot August Nights.  Third-Party promoters will include Street Vibrations, a Blues and Jazz festival, and a rib burn-off, as well as several single-day events.  Physical improvements at The Glow Plaza Festival Grounds will include a state-of-the-art stage for free concerts, a food truck alley, and a large open-air shade pavilion.